In the nursing home, no one thought he could talk. He did it so rarely. A proud African-American father of two school-aged children, “Andre” was in his late 30s when he experienced a series of strokes that resulted in partial paralysis to his left side. He spent two years in a substandard nursing home, leaving bed rarely, silent with resignation.

Three months ago, MRC’s Acquired Brain Injury program moved Andre to residential living. Funds available through a “Moving Forward Plan” MassHealth Waiver made the transition possible and he was soon evaluated for the equipment he would need to live in a group home. The nursing home had sent him with a standard folding manual wheelchair that did not fit his large frame and without the features necessary to keep him securely seated. His new equipment, however, would take months to receive from the vendor. What would he do in the meantime? Stay in bed? Nothing new there. For a month, Andre missed doctor appointments and submitted to sponge baths.

Then the mother of another resident, herself a REquipment program user, suggested the group home find Andre reuse equipment while he waited for his new DME. Anna, the group home program director, had not heard of our program and was swiftly on our website. She saw equipment that looked appropriate and called to speak with our staff. The devices, a manual full-tilt wheelchair, and a large shower chair, had been posted to our inventory just four days prior. “It feels meant to be,” she told us. Anna collected them from our Worcester center in a matter of days. 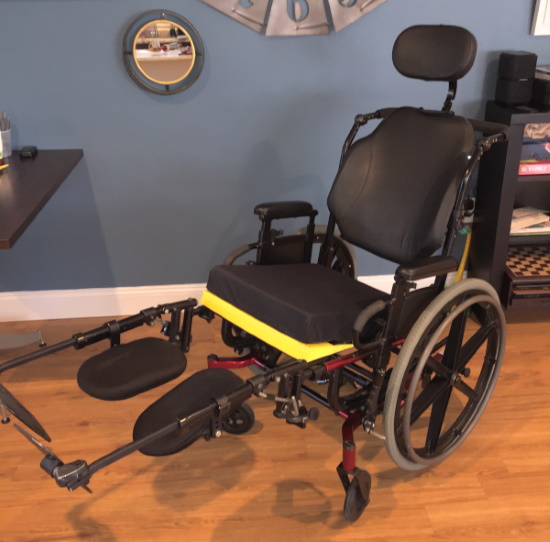 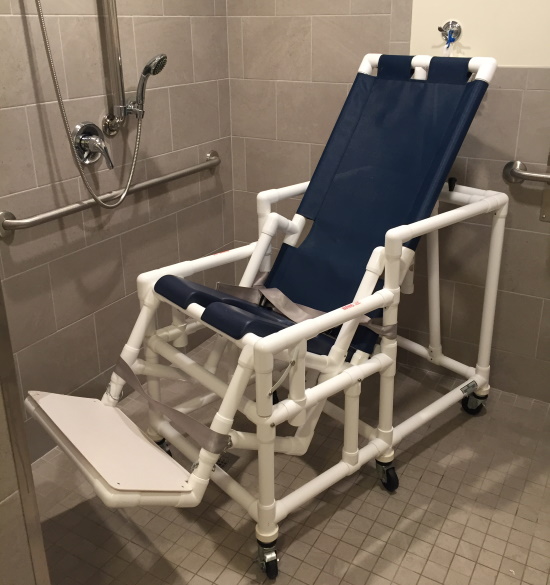 “He has long conversations with us now,” Anna reported in a recent follow up for this story. “He’s had the equipment for two months and it’s been life-altering.”

“Simple things make a huge difference for someone who was basically in bed for years,” she emphasizes. “He can take a shower ‘like an adult,’ is how he puts it. He can make doctor appointments and he recently went into the community for a haircut. That experience was so important to him.”

Anna says Andre uses the chair for, often, five hours at a time. We could not be more delighted. This equipment is much more than mobility, we know that. It’s dignity.